What is the Smart Body Mass Index? 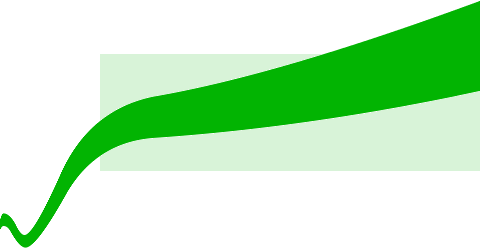 This chart shows the "ideal" range of BMI from birth to old age (dark green) and the "normal weight" range (light green) according to the WHO, i.e. between BMI 18.5 and 25, beginning at the age of 20 years. Both sexes are pooled. For an explanation, see "Why SBMI?" below. © SBMIC

This calculator functions on the basis of the newly developed Smart Body Mass Index. The SBMI differs from the BMI in three important aspects.

Firstly, it takes age and sex into account, besides weight and height. Secondly, the SBMI is a purely comparative figure (without any physical units) on a scale of 70 points. And thirdly, the significance of the body weight for your health can easily be derived from the SBMI but not from the BMI: The weight-related health risk levels shown in green, yellow, orange and red (see the SBMI chart on the Results page), are always 10/70 SBMI points wide.

1.1 – April 2015: Mobile-friendly layout. 1.2 – December 2015: Corrected an error that overrated the health risk in some young adults. Improvment of some unclear text elements. 1.3 – February 2016: Removal of user-comparison to the general population, due to its irrelevance for goal-setting. 1.4 – March 2016: Introduction of the "SBMI scale of 70 points".

Recalibration according to the newly published BMI and health-risk data of more than three million persons. It results in higher BMI limits for women, for young adults and for persons older than seventy years of age.

2.1 – October 2016: Separate calculation for Asian users. 2.2 – October 2017: For checking purposes, the height and weight used for BMI calculation are shown with the result. 2.3 – January 2018: Secure website, encrypted and certified. 2.4 – February 2018: New responsive webdesign for all screen and window sizes on smartphones, tablets and desktop computers. 2.5 – June 2018: Improved processing of the data entered in the questionnaire and improved user guidance after incorrect entries reduce the error rate by 30 percent. 2.6 – August 2018: Enables the entry of separate unit systems for height and weight. 2.7 – February 2019: Clearer warnings for underweight and overweight children and adolescents.

The chart at the top of this page shows the BMI range with a pertaining health risk of virtually zero (dark green) in contrast to the BMI "normal weight" range (light green) from BMI 18.5 to 25, as defined by the World Health Organization. The WHO definition applies only for adults, hence the light-green area begins at the age of 20 years. For children and juveniles, BMI frequency curves are used instead of fixed values. The left part of the chart is taken from some of these curves. Both sexes are pooled because the sex-specific differences in the minimal risk curve are only negligible.

At the age of twenty years, where the light-green, shaded area begins, until the age of approximately thirty years, the zero-risk range is somewhere near the middle of the "normal weight" range – which is also to be expected.

However, the most striking feature of this curve is its upward turn and progressive widening, in contrast to the fixed width of the WHO "normal weight" range. And this is exactly where the SBMI comes into play.

Please note that the dark and light-green ranges do not represent the same risk level. The upper limit of light green is commonly classified as marginally overweight and is said to be connected with a somewhat elevated health risk. In contrast, the dark-green range represents no elevated risk at all. At the age of about sixty, the contrast becomes obvious, when the dark-green range exceeds the upper border of the light-green area.

The SBMI has been developed to represent a better health-risk estimate than the commonly used weight-class definitions. Its calibration is based on numerous curves of the kind that can see above. The result is the chart that you can see here. 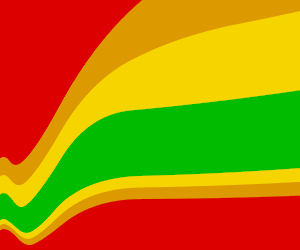 The width of the green range has been set to fit the WHO definition of normal weight at the age of about twenty. The borders of the red ranges have been set to meet the WHO definitions of extreme obesity and underweight. In both cases, the risk curves for men and women differ because the study results show that women can tolerate more overweight and underweight than men.

Any more questions about the SBMI?

Example of an obese young man

Any more questions? Read the answers!

Example of an obese young man